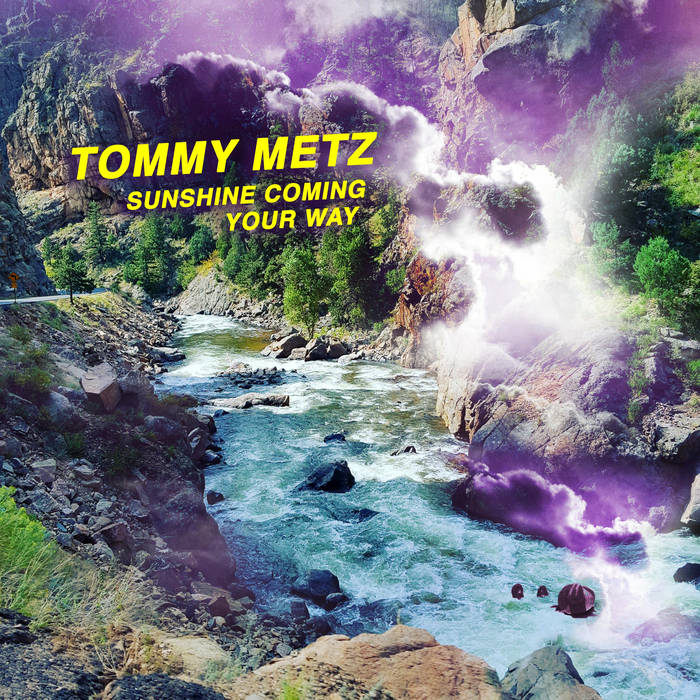 This album is dedicated to anyone dealing with mental illness, addiction or the tragedy of suicide. These are simply motivational songs for helping you deal with a painful situation and I hope they can inject some positivity into your life! This album is also a present to my dad for his amazing strength and good moral example.

"Sunshine Coming Your Way" is an alternate version of "My First Song After You Got Better" which is very important song to me. My dad had a really close call a 2016 and this was written after he started to get better.

"Closest Friends" was written around the time Jeff Childress took his life. At the same time I was going through the worst summer of my life when my dad's health started to decline. This song is a motivation song about leaning on your friends during hard times.

"Home Run" is to my dad when he was at his worst (written later but representing that time). The lyrics aren't implying "your gonna die" but rather you don't realize you'll recover and have a whole new life.

"Make Your Life" is a motivational song about getting up in the morning and making some progress. When I think of my dad in two words, it's "making progress". I strive to follow his example every day.

"Build Up Your Strength" was written around the time of the Ghost Ship warehouse fire in Oakland CA. I didn't know anyone from that community but definitely felt affected by it, including what it did to our DIY community. This is a motivational song about building the strength to START getting better. Like at your lowest, just a boost of positivity to get you to start doing something about it.

"Keep Your Heart Surrounded" is a song about loving your people and comforting them when they are down. It was the last song I wrote when I was wallowing in the relief of my dads full recovery.

"Stranded" was written silently in my head while going down the Grand Canyon in 2015 on a raft with my parents. This trip was a very important moment for me and pre-shadowed some really intense stuff I didn't know I was about to go through. I was super worried about my parents the whole time and also a little scared for my own life (which is part of the experience of rafting the GC for 13 days).

"I'll Find You In The Stars" includes some memories from the Grand Canyon trip and my mental state a year later when my dad was having problems. This song triggers some super heavy emotions in me and sometimes makes me have a panic attack from the thought of someday losing my dad. We are in a great place now and I actually feel happy when I hear it.

"Threshold" was one of the last songs I wrote on the album right around the time Colin Ward took his life. This is to him, our community and more generally anyone contemplating suicide.

"My First Song After You Got Better" - The first song I wrote for this album right after my dad started to recover. It represents celebrating the milestones of recovery.

Bandcamp Daily  your guide to the world of Bandcamp

Khruangbin and Greg Foat stop by with their amazing new LPs.